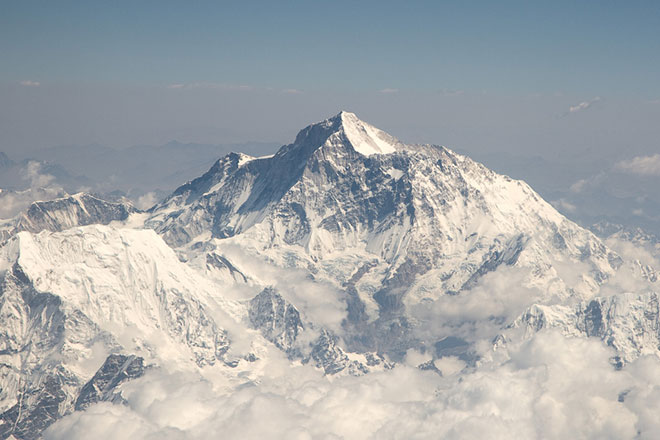 I’m still in the process of reintegrating civilization and technological devices, as well as recovering from what was an amazing experience. I even wondered whether I should share a trip review or not in order to keep the spot unspoiled and untouched.

Most people are drawn to places which have been fully explored and especially over-exploited before and they tend to think they should go places because they’re written in a book or seen on TV. In Nepal, the Annapurna and Everest regions are usually overrated compared to such a place as Makalu. I’ve crossed them out straight away even though I did a motorbike trip to the ACA.

For my part, I’ve chosen to trek one of the most remote areas in the Himalayas and it was well worth it. I can emphasize this point by mentioning that the weather was absolutely crap. (Sorry but there is no other relevant word for that). However, the weather also allowed me to commune with a blossoming, hence magnificent Nature, especially striving through cloud forests filled with hundreds of wild orchids and Rhododendrons.

I was alone…utterly alone, especially in my inner-self when crossing Shigton La with my legs into up to one meter of snow and its flakes continuously falling down heavily, and with less than 10 meters of visibility most of the time. Yes, it was challenging both physically and psychologically, and I cried when I finally saw Mount Makalu for the first time after what had already been 5 days of struggling in the snow, rain, cold, greyness and landslides, among many other hazards. But as Nietzshe said; “what doesn’t kill me makes me stronger”.

It was my very first trek alone and probably my last one but once again, it was worth learning my lesson. When you trek with other folks, you actually are alone most of the time due to sticking to your own pace, but at the end of the day, you’ve got someone waiting for you…or you’re waiting for someone in order to share the stories of the day. You also cheer people up and you are cheered up by people.

Nevertheless, the fact of being alone also brought to very intense human experiences, which probably wouldn’t have happened this way if I had been with other people. It can also become a very meditative and spiritual experience when it comes to handling complete silence all day and feeling stuck at times. Local communities are just immensely kind and hospitable and one can easily figure out that they’ve hardly seen “white” faces before. They are authentic and obviously not spoiled but any kinds of touristic exploitations (so far).

In addition to that, I somehow recommend the local bus/jeep rides to transit from Kathmandu to Num back and forth. there is no word but “nightmare” to describe it but it’s well worth the experience to me. 🙂

Overall, it was roughly 200km and 10 days (+6 days of transit) of pure trekking and genuine human experiences, +6000m/-6000m (I made it to 5200m above Makalu Base Camp to see Lhotse and Everest, 20km away, without having to queue up to take a picture + the North face of Everest is much more beautiful) of situations of all sorts, which I’d definitely recommend to anyone who is willing to discover and explore the less-travelled Road, and by the occasion to see what is the real Nepal.

Sending you plenty of good vibes for your future Adventures.