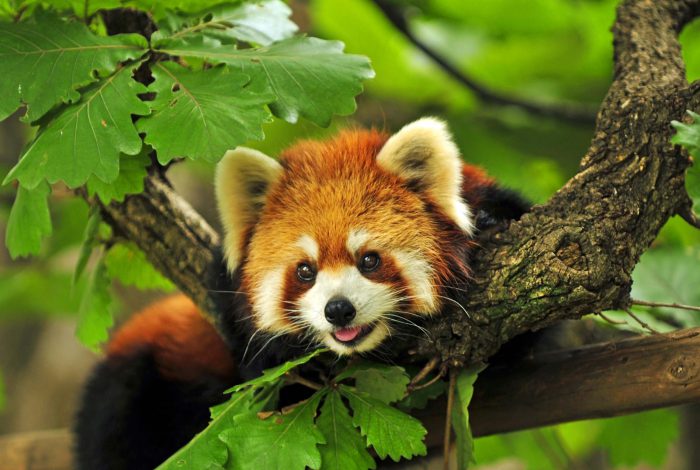 This exciting holiday focuses on the rich wildlife of the eastern Himalaya and, in particular, a quest to track and observe the elusive Red Panda — an iconic mammal, sought after by many but seen by very few.

Namaste & Warm Greetings from Land of Himalaya to all the Adventure Travelers!!!!!!!

I started my career as a porter back in the year 1990's when I came to Kathmandu to study law. I was very much attached to this profession that I loved being Trekking Guide instead of lawyer. I have guided almost all the areas of Nepal, including all time popular regions like Everest, Annapurna, Langtang, Dolpa etc. I have guided the trip with mostly Danish, Australian, French, British, Swiss, and American clients.

This exciting holiday focuses on the rich wildlife of the eastern Himalaya and, in particular, a quest to track and observe the elusive Red Panda — an iconic mammal, sought after by many but seen by very few. In an attempt to achieve our goal, we focus on the last remaining areas of temperate oak and rhododendron forest in the far east of Nepal.

Here, in the Himalayan foothills, not far from the Indian hill-station of Darjeeling and in the shadows of Kanchenjunga (the world’s third highest mountain), Red Pandas are not uncommon. Until recently, however, they were rarely seen. Now, thanks to the work of the Nepalese scientists who have been tracking and researching the species in this area with the help of local forest guards, we at last have a chance of observing the Red Panda in the wild.

Red Panda based eco-tourism has been initiated to conserve this threatened species in Mabu and Jamuna VDCs of the northern Ilam, and Red Panda Network (RPN) is supporting this initiative from the very beginning.

This trail is not only important and famous research and nature lover point of view, but also joyful of Tea Garden and six “A” Aalu (Potato), Alaichi (Cardamom), Aduwaa (Ginger), Akabare Khursani (Red Round Chilly), Alon (Milk) and Amliso (a grass from which brooms are made, Thysasanalaena).

In fact, these forests are well known to our partners, as we have explored them regularly, and looking for their rare birds — in particular those east Himalayan specialties not found elsewhere in Nepal. Such avian gems as Bay Woodpecker, Large Niltava, Yellow-cheeked Tit, Hill Prinia, Yellow-bellied Warbler, Slender-billed Scimitar Babbler, Rufous-throated Wren Babbler, Rufous-capped Babbler, Cutia, Black-headed Shrike Babbler, Rusty-fronted and Hoary-throated Barwings, Golden-breasted Fulvetta, Fire-tailed Myzornis, Brown and Black-throated Parrotbill, Maroon-backed Accentor and eight species of laughingthrush have been among our target species in the past, and we will look for such special species again on this tour.

If your dream is to see Red Panda in Nepal, there’s no superior place than Eastern Himalaya in Jamuna VDC. Most of our visitors were successful in seeing a red panda. Red Panda is famously elusive and usually viewed at a distance. But they more readily observe in this place than anywhere else, and you are much more likely to see them when you travel with us.

With our combination of expert guides, small groups, long-standing relationships with Red Panda Network and in depth days spent tracking Red Panda, we up your chances to examine them, plus other creatures like bears, rare clouded leopards, wolves, monkeys/macaques ad other threatened mammals and bird species.

This spot is too popular for photography, if you’re a nature photography enthusiast. We spend several full days tracking Red Pandas in the broad expanse of the Jamuna VDC, using spotting scopes as we learn in detail about their habits and behavior from our naturalist Expedition Leaders and local researchers.