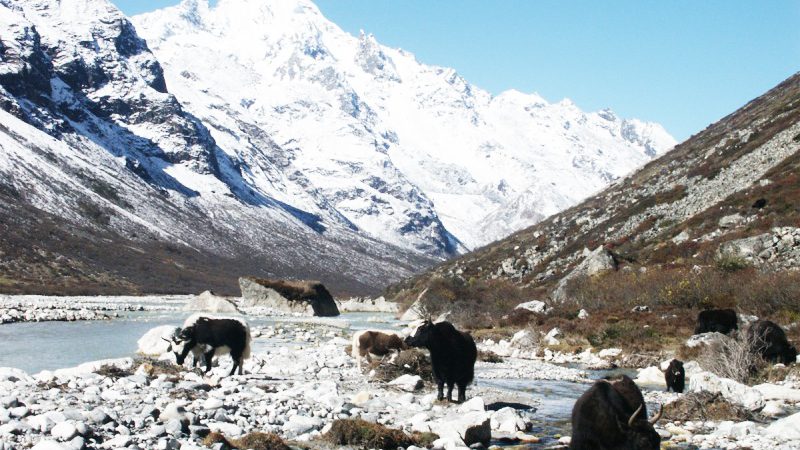 I started my career as a porter back in the year 1980's, then as kitchen boy, Assistant Guide and finally as a guide since 1990's. I have guided almost all the areas of Nepal, including all the popular regions Everest, Annapurna, Langtang, Dolpa, Kanchenjunga, Manaslu, Makalu etc. Beside Nepal, Sikkim (India) also adds to my assets. So far I have worked for different foreign clients like Danish, German, Italian, Australian, Canadian, British, American, Japanese, Indian etc, but my long term working experience is with American, Danish and Canadian.

This amazing adventure combines the diversity of spectacular views of the Himalayas with a vast number of exciting ethnic encounters. The highlights of the Langtang Circuit trek are numerous, however the main areas of interest are the rhododendron and bamboo forests with an abundance of wildlife, majestic waterfalls flowing over mammoth boulders, a chance to bathe in soothing hot springs, magnificent views of the snow covered white giant Langtang Lirung (7,200m/23,622ft), Visiting the holy lakes of Gosainkund.

This trek begins in the ancient city of Kathmandu, from where you will board a bus to Syabrubesi; the starting point of your trek. This is an interesting village on the banks of the Bhote Kosi River.

The trail gains elevation as you make your way along the Langtang Khola, first through forests of oak and rhododendron and then bamboo forests in the higher reaches of the trail. Traveling through Langtang (3,430m/11,253ft), you will reach the Langtang valley and the friendly Sherpa village of Kyanjin Gompa (3,870m/12,697ft).

In Kyanjin Gompa you will experience the spiritual lifestyle of dedicated Buddhist monks who perform their rituals in a beautiful Monastery dating back to circa 1300 A.D. Early in the morning you will ascend Tserko RI (5,000m/16,404ft) for tremendous view of the Langtang Lirung (7,200m/23,622ft) range.

A short hike will also be taken to a magnificent glacial moraine (4,300m/14,107ft), which can be climbed depending on the time factor and offers more spectacular views of Langtang Lirung and the foot of one of its major glaciers.

There will also be the opportunity of visiting a traditional cheese factory, where the produce is manufactured by hand. Once in Chandan Bari (3,330m/10,925ft), having traveled through Lama Hotel, you can relish magnificent views of the towering snow-covered Ganesh Himal (7,600m/24,934ft) and Langtang -II (7,227m/23,711ft) peaks. If lucky you might be able to spot the shy Red Panda that inhabits the Langtang region.

Moving on to Gosainkund, watch the sun rise over a multitude of glistening Lakes on this sacred pilgrimage site. It is believed that Lord Shiva created the holy lake with his trident.

After the Laure binayak pass (4,609m/15,121ft) you will also trek through some beautiful rice terraces and a number of splendid Buddhist monasteries around the delightful villages of Tarke Gyang and Sermathang (2,621m/8,599ft), before heading back to Kathmandu.