For 2 weeks in April 2011, I was a guest lecturer at the university in Paro, Bhutan, during which time Wangda took me on day hikes into the surrounding foothills of the mountain valley. I live in northwest British Columbia and I work with guide outfitters who are licensed to guide hunters for big game. The guides in British Columbia may know where to find stone sheep and grizzly bears, but Wangda knew where the deities were . In his presence, the world became a temple and every place had a story about the supernatural beings who had been there and maybe were still. My duties at the university did not allow me the occasion to go on a trek with him, but he has guided others that I know here in British Columbia, and they all have given him the highest reviews. 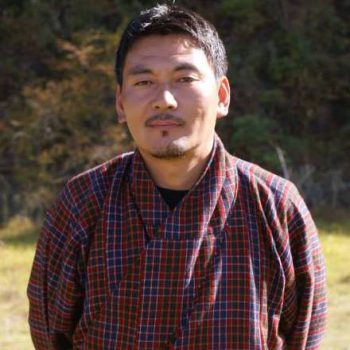